20: Freedym Millionaire Lifestyle From A Coffee Shop With Ryan Lee 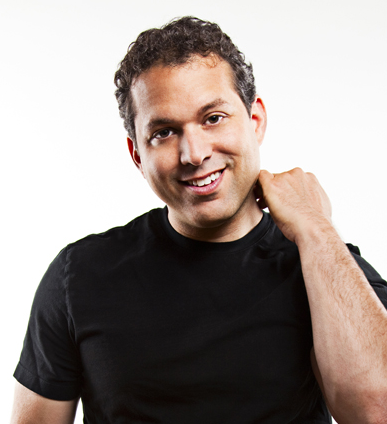 Ryan Lee has a borderline obsession with entrepreneurship and independence. His life mission is to help as many people as he can live a better life.

Ryan started his first web site back in 1999 while still working full-time at a children’s rehab hospital. That site was to promote his sideline personal training business. This was BEFORE youtube, facebook, twitter and just about anything that’s cool now.

He grew that one fitness site into massive empire spanning multiple markets which now generate 7-figures per month of income in everything from health and nutrition to software and membership sites.

Ryan is the author of 2 books “The Millionaire Workout” and “Passion to Profits”. His live sell-out events have become legendary including the Continuity Summit and DotComXpo.

He has also contributed to the NY Times Best-Selling Series “The Worst Case Scenario Business Survival Guide” and has been featured in dozens of books including Moonlighting on the Internet, Masters of Marketing, Attention! This Book will Make You Money, and The Phenomenon movie. And he was also featured on the front page of the Wall Street Journal, the cover of Millionaire Blueprints magazine and dozens of other major media outlets.

He lives in New Canaan, CT with his wife Janet, and their 4 young children (Jordyn, Lauryn, Camryn and Jake). You can usually find him in the morning working from Starbucks, catching a movie in the afternoon and taking his kids to endless birthday parties and sports on the weekend. Oh yes, the life of an entrepreneur.

Ryan Lee started his professional career right after college as a recreational therapist who became a successful entrepreneur in the fitness and health space and is now expanding into helping other entrepreneurs live their ultimate lifestyles through his program, Freedym Academy.

After graduating from Ithaca College, he became a therapist in a children’s rehab hospital, as well as becoming certified as a physical trainer. While there, he started his own website part time with just a $20 ‘investment’. Because he was an athlete, he specialized in high-level performance training and offered training programs via his site, ‘Complete Conditioning’.

It wasn’t long before a major company noticed him and offered him a job. Literally 2 months after quitting his children’s rehab job and making the leap to the new company, the ‘dot.com’ bubble burst and he had to scramble again, getting a job at another internet-based company. He stayed there for 7 months and hated all of them and became a gym teacher.

During this period, he became really serious about his website and turned it into a paid membership site in 2001. It exploded and within 6 months, he was making $6K a month, which convinced him and his wife that it was time to dedicate his full energy into developing it even further. That was 15 years and countless websites ago! He is now a full-time entrepreneur and coach whose mission is to help other entrepreneurs realize their dreams.

Just Get it Started:

Defining living in your Purpose:

Advice on how to be All-In:

If you enjoyed this show, I would really appreciate a review in iTunes & Sticher!