31: From Horse and Buggy to Benz with Amos Borntreger 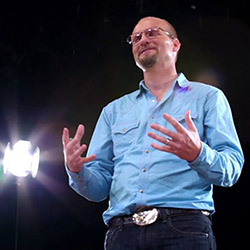 Amos grew up Amish, one of the most conservative communities in existence. He knew nothing but farming and hard work but, in his heart, he knew that was not the life for him. That drive for something bigger, coupled with dyslexia, a learning disability that the Amish community refused to understand or recognize, led him to make a commitment at the age of 10 to prove that he could do something greater.

By the age of 21, he was running his own sawmill business, but it was only doing ‘okay’, and he was living paycheck to paycheck. A good friend of his told him, “you can be everything you want to be and have as much as you want”. That thought was always in the back of his mind, but it wasn’t until he was 37 and facing a serious illness that he made the decision that ‘enough is enough’. At that time, he had a wife and 7 children. He realized that if he died, his family would have nothing to survive on. It was at that moment, when he made that decision, that things started to fall into place.

He took immediate action but realized that he needed to start learning. He’d always felt ‘blindfolded’ when it came to learning because of the experiences of his youth, but he didn’t let that stop him. He listened to other people who had done well, like Brian Tracy and Napoleon Hill, and knew if they could do it, he should be able to as well.

Initially, he looked for an opportunity that would provide residual income for his family in the event of his death. But, he ended up with an opportunity that did not only that but improved his health as well. Today, he is not only financially successful, but he’s here and healthy and enjoying life, and getting to spend valuable time with his family while changing and impacting millions of lives!