30: The Story of You with Mark Minard 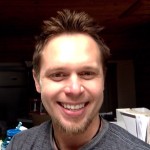 At age 17, Mark had hit rock bottom, when he woke up in a jail cell with no memory of why and how he had gotten there. He had been going down a path of drinking and drugs and ended up being arrested for DUI. Not only had he been beaten up pretty badly by the driver he rear-ended, but was so intoxicated that he should have been dead. It was his wake-up call to leave that life behind. He moved back in with his parents and started getting his life back on track. Even through the bad times, he had never lost his relationship with God, and this time, God was speaking to him, saying, “What are you going to do with the second chance at life I have given you?”  From that point forward, he improved his physical being and pursued his college degree. He never felt that he was very ‘book smart’, but he was determined to outwork everyone else. He had a bigger mission to live a better life.

After receiving his Bachelor’s in Psychology, he moved to Ohio to work with his brother. Through a family friend, he had an opportunity to work with special needs adults in the Ohio ‘County Workshops’. He really enjoyed what he was doing but found the environment to be depressing and institutionalized. The adults in the program had 2 choices to fill their time all day-either color or work putting together machine parts. He took another opportunity teaching a new special education program for High School students with special needs, which eventually brought him back to the County Workshops when he would tour them with his students heading for graduation.

He realized just how fortunate most of us are that we do have options and these students had very, very few. He thought, ‘there has to be another way’, and God started showing him that he was that person that needed to bring the change. At only 26 years old, he started learning the Medicaid and Ohio rules for funding of these types of facilities. His used his brother’s campground as his campus and founded DreamShine with his sister.

Today, 9 years later, they have their own 2 ½ acre facility where residents can engage in a wealth of enriching activities and earn a paycheck that is higher than minimum wage. He’s expanded into leadership service, public speaking, hosting a podcast and has just written his first book, ‘The Story of You’.