22: An Amazing Story to a Miracle Morning and Impacting Lives Worldwide 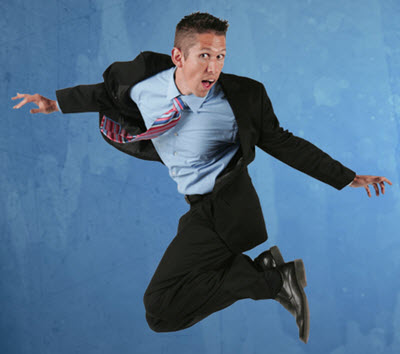 Hal Elrod’s story is seriously amazing. At 19 years old, he was hired as a salesperson for Cutco Knives. In his first 10 days, he broke a sales record that had been in place for years. This was a revelation to him as he had not been a high achiever growing up. It created a new identity and mindset for him-he started believing that he could achieve what he put his mind to.

A year and a half later, after giving a speech which got a standing ovation, he was on cloud nine when he was hit head-on (and subsequently on his driver’s side as well) in a crash at a net speed of 140 mph. He died on the scene and a few times over the intervening days, until he woke from a coma 6 days later with multiple broken bones and brain damage.

He told his parents he would walk again but, if not, he would be the happiest wheelchair-bound person anyone knew. The circumstances he found himself in were the worst case scenario but by accepting them, they could have no effect on his emotions. He was able to be happy and grateful to the point that medical staff thought he was in denial! Two weeks later his body was healing so rapidly that the doctors let him take his first step in rehab. All the cliché things we are told about mind over matter, etc., really proved to be true.

Eight years later, he hit a point in life that felt even lower than his accident when he lost everything in the 2008 financial crisis. Facing depression and loss, it was a series of events that led him to hear a quote by Jim Rohn that was the catalyst for changing his life. It was the catalyst to change his life. That quote inspired him to go on a quest for the #1 practice that the world’s most successful people do. He actually came up with six and the next day he had his Miracle Morning-his life changed because although it was still a mess on the outside, internally he felt unstoppable.

That book has now sold over 100,000 copies, Hal has realized his dream of becoming a public speaker, now getting engagements all over the world, and the Miracle Morning Community, one of the most engaged online communities at over 23,000 members and growing by 100 members per day!

Jesse Levian, the 23-year old who was the #1 manager in Cutco Knives’ history when Hal started.
Jesse shaped Hal’s mindset in terms of what he could accomplish and achieve. He would not have reached his own goals and broken records without Jesse’s guidance.

It was actually not his near-fatal car accident; it was during the 2008 financial crisis. He lost everything-his new home, his clients, his financial security.

Because of this loss, he suffered deep depression and felt borderline suicidal until he experienced his own Miracle Morning.

When he felt empowered internally, he knew it only be a matter of time before his ‘outside’ matched his ‘inside’.
He expected it to take 6-12 months. It only took 2 before his life was back on track and improving!

He never intended for that experience to become a book, but when he started teaching it to his coaching clients and they all came back experiencing the same personal satisfaction and success, he knew he had a responsibility to show it to the world.

The SAVERS are the 6 Principles of The Miracle Morning-what we need to do every day to achieve greatness, whether it’s in our personal or our business lives.
They are Silence, Affirmations, Visualization/Visioning, Exercise, Reading and Scribing.

Even if you don’t have the book yet, do your own Miracle Morning 30-day challenge.
The essence of the Miracle Morning is about waking up before you have to and dedicating time to your personal development so you can become, one day at a time, the person you desire to be.
Why do you need to wake up early? Because hitting the snooze button is starting your day by being a procrastinator. You are literally programming your subconscious to say that you don’t have self-discipline.

“Your level of success will seldom exceed your level of personal development, because success is something you attract by the person you become”. (Jim Rohn)

www.halelrod.com – you can sign up here to get the first couple of chapters of The Miracle Morning for free
www.mytmmcommunity.com – this site is for the Morning Miracle online community

www.tmmbook.com – there are great, free downloadable resources on this page